Is My Sand Safe?

Testing for silica dust is crucial to safeguard our health while enjoying the benefits of playing in sand.

What’s in the sand?

Chances are you assume the sand kids play in or beach volleyball players play on came from some beach somewhere. But you’ve probably noticed that unlike the sand at the beach, sometimes a filmy residue is left on the skin after the sand in the playground or beach volleyball court is brushed off. This is because most commercial sand is not natural sand. It is a byproduct of crushing quartz.

What is silica dust? 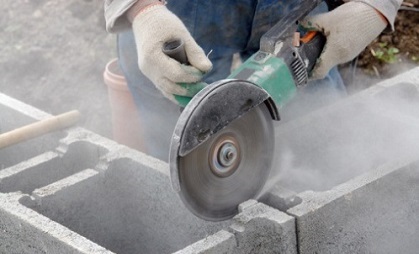 Silica, also called quartz, is a common mineral found in abundance in nature and is perfectly safe to the touch. Quartz is widely mined and used in various industries. What is sold as commercial sand is a byproduct of this mining and as such is an inexpensive product that is attractive to retailers.

The dust created by cutting, grinding or drilling through quartz, silica dust, has long been known to be a health hazard. When this dust is inhaled, small particles of silica lodge themselves permanently in the lungs and cause irreversible and sometimes fatal illness. Silicosis and lung cancer are linked to the inhalation of silica dust.

This is how Robert Reich, former Secretary of Labor, has put it. In a document titled “Guide to Working Safely with Silica” he notes the numerous cases of death and disability every year caused by exposure to dust containing silica.

“Every one of these cases is an unnecessary tragedy, because silicosis is absolutely preventable,” he writes. “If you work, or you are employer, in one of the dozens of industries where dust containing silica is present, you need to know how to prevent this disease.”

Ironically, while measures are taken to protect workers from silica dust in their work environment, the public is not aware of the dangers of exposure to it in play and recreational environments. Sand boxes, playgrounds, parks, and sports facilities routinely disseminate silica dust in the air children and adults breathe. Apparently inhaling silica dust while working is more alarming than children and adults inhaling it while playing!

Regulation of silica dust is nothing new

Silica dust regulation has a long history. Back in the 1930s, while a tunnel through Hawk’s Nest Mountain in West Virginia was being drilled, workers became increasingly sick with silicosis, a debilitating and often fatal lung condition, and lung cancer. Similarly during the drilling of the Gauley Bridge one-fourth of the work force reportedly died of silica dust exposure.

These tragedies led to the National Silicosis Conference of 1936, convened by then-Secretary of Labor Francis Perkins, where government, industry and labor unions were brought together to find a solution to the silica dust crisis. As a result, regulations were established to protect workers against silica dust. Decades later Robert Reich took up raising awareness of the dangers of silica dust to expand protection for workers. The political battle over silica dust continues to this day.

In spite of progress made through regulatory measures, the National Institute of Occupational Safety and Health (NIOSH) of the Center for Disease Control (CDC) still consider exposure to silica dust a “widespread hazard.” Similar warning has been issued by Environmental Protection Agency (EPA) and National Institute of Health (NIH).

Is silica dust the next asbestos?

There was a time when asbestos was widely used in construction and its virtues extolled. There was also the time when cigarettes were glamorized and aggressively marketed. What put an end to these practices were the lawsuits brought against asbestos and tobacco companies. That is, government was forced to regulate these products by the threat of litigation.

A few years ago an article in the Wall Street Journal suggested that the resurgence in silica litigation is so great that it could rival the volume and character of asbestos litigation. Any quick internet search will yield years of articles in major media sources about the dangers of silica dust and the looming law suits against companies that expose the public to these dangers.

California Proposition 65 — and beyond

Prop 65 is an attempt to protect Californians from environmental pollutants such as silica dust. It requires that bags of sand be labeled with the warning: “Known to cause cancer.” Outside of California the label on sand bags often reads: “Not for sale in California.”

But not all buyers notice these warnings or are aware to look for them. In fact, most often children, athletes and communities are exposed to unsafe sand in public spaces without any contact with the bags that carry the warning labels.

A few years ago the Consumer Product Safety Improvement Act (CPSIA) went into effect requiring that products for use by children be tested for lead. Consumers can find out if a roduct is silica dust- and lead-free by checking the manufacture’s Material Safety Data Sheet (MSDS).

But let’s face it, how many people read the fine print on packaging or look up a manufacture’s MSDS?

Warning labels and the myth of the “sophisticated user”

Warning labels aim to turn consumers into what in legalese is called “sophisticated users.” The terms “sophisticated user” or “learned intermediary” are legal defenses used to protect manufactures against law suits. The rationale behind this strategy is that the consumer “should know better” than to use these products.

How much silica dust is safe?

If the public were made aware of the wafts of silica dust emanating from the sand under their children’s noses, or their own feet for that matter, they most likely would not tolerate it. In closed, indoor spaces this dust is particularly hazardous.

A most pertinent question is, is it wise to wait for government to “regulate” our children’s sand boxes, our public parks, or our sports facilities? It took more than six decades for adequate regulations against silica dust to be established in the industrial work place. Do we want to wait that long in parks, playgrounds and beach volleyball courts?

Should children stop playing in sandboxes?

Not at all! The creative and developmental benefits of sand play for children have long been established. Playing in sand at the beach or in sandboxes and parks has fascinated and entertained generations of children. Sand play often is a core part of the educational experience of children in preschools and schools. Increasingly, the use of sand trays and indoor sand boxes has proved of great therapeutic value, encouraging dialogue with small children.

Simply put, sand has always been a part of childhood, evoking carefree and tranquil sunny days at the beach.

And what about adults?

Adults deserve to enjoy sand too. Playing beach volleyball or bocce ball, or simply taking a stroll through a park landscaped with natural sand instead of synthetic surfacing, is a pleasure we don’t need to forego. Breathing fresh air untainted by silica dust and other pollutants is everyone’s right — and for athletes breathing hard on beach volleyball courts it is vital.

Raising public awareness of the dangers of silica dust is the first step in safeguarding the pleasures of playing in sand. It is crucial that the sand used in playgrounds, parks and sports facilities be tested for silica dust, asbestos and lead.

Naturally-sourced sand from beaches and riverbeds is usually low in silica dust. The minuscule amounts of silica dust resulting from grains of sand rubbing against each other in transportation is easily settled by a little sprinkling of water and good drainage.

While the Prop 65 warning label is a good start for raising awareness, forewarning of danger is not the same thing as informing the public. It is merely a shift of responsibility from manufacturer to user. A truly sophisticated user is one who not only is informed to look out for environmental hazards but is also made aware of alternatives to hazardous products.

Are there alternatives to quarried crystalline silica sand?

The most abundant alternative to mined crystalline silica sand is what nature has provided plenty of by oceans and rivers. Beach and riverbed sand is naturally low in dust and hardly gives off any residue when touched. This is because even though the sand is composed of crystalline silica it does not contain the dangerous dust.

Safe Sand Company sources fine, white sand that is safety-tested and free of crystalline silica, lead, and asbestos. We also source California beach sand, which is crystalline silica but does not present a dust hazard because it is naturally formed.

A word about the environment…

In recent years there has been a growing concern over the overuse and misuse of natural sand. Vast global urbanization and mindless construction is depleting sand resources and doing irreversible damage to shorelines and riverbeds everywhere.

But what is destroying beaches is not the tens or hundreds of tons of sand used for playgrounds and beach volleyball courts. The millions and billions tons of sand consumed by construction of roads and cities is what is posing the threat to the environment.

At Safe Sand Company we believe sand is to play in. The amount of sand used for play is replenished by ocean tides regularly. When natural sand is kept clean by proper drainage it lasts almost forever. It is a safe investment in every sense!